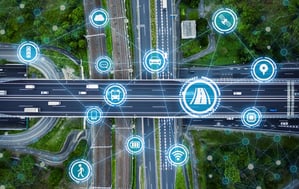 This Wednesday, the Biden Administration unveiled a 2 trillion dollar transportation, infrastructure and economic recovery package. The goal of the bill is to create jobs, fix/upgrade US infrastructure, and combat climate change as the country attempts to recover from the COVID induced economic slump.

The bill is extremely large and multifaceted, so we are going to try and give a super brief summary of the major takeaways and points here as best we can with the disclaimer that because the bill hasn't passed yet, different points are subject to change as it moves through the legislative process.

In terms of the scope of the bill, it is anticipated to cost $2 trillion dollars over 8 years. The spending will be funded over 15 years by increasing the corporate tax rate from 21% to 28% and "discouraging offshoring" to tax havens (although specifics on the measures being taken to prevent offshoring have not yet been released). The corporate tax rate was lowered to the current 21% in 2017 by Republicans from its prior rate of 35% - so this increase, if passed, would still keep the corporate rate substantially below its prior level. Despite the fact that it will still be lower than 2016, this portion of the bill is expected to face stiff partisan opposition. It's unclear what provisions may change (if any) based on if funding sources need to be adjusted, so that is something to keep an eye on as the bill progresses.

Projects focused on in the package on the transportation/infrastructure side include repair/replace of 20,000 miles of roads/highways, repair of 10,000 bridges, the addition of 500,000 Electric Vehicle charging stations, universal broadband, and the replacement of all lead pipes in drinking water systems nationwide. Those portions of the bill comprise about 900 million dollars, give or take (approximately 620 million for roads & bridges, 300 million for water & electric infrastructure). Additionally, there is a focus on expanding rail transport, notably in the Northeast.

Another 580 billion dollars of the bill is directed to "American manufacturing, research and development, and job training efforts". Presumably the job training efforts include retraining of workers for "green jobs" as the bill includes climate related provisions congruent with Biden's so called "Build Back America Better" agenda, including the EV charger expansion we mentioned, rebates for consumers to encourage EV purchases, moving 20% of school busses to electric, and a provision to replace 50,000 diesel public transportation vehicles.

Outside of strictly transportation/infrastructure, the bill also includes spending for building & retrofitting affordable housing, providing direct aid to the elderly & disabled, and modernization efforts for water ports and airports.

As mentioned, the bill is extremely large and covers a lot of areas - definitely something to watch as it progresses through the legislative process and we find out what does or does not get included in the passage - there's something in there that impacts almost everyone, but hopefully this quick overview was helpful in outlining some of the major points relevant to our readers.