Bitcoin Miners seek 'Greener' Pastures in the US

When most people think of digital currency, carbon footprints don't necessarily spring to mind. After all, the entire industry is just computers (and nerds) right? No shipping, no delivery, no need for massive buildings or corporate offices - the beauty of the whole system is hinged on it being completely digital. However, being completely digital means that the industry relies on using massive amounts of electricity for processing power to "mine". (Mining essentially relies on solving complex mathematics which requires insane amounts of processing power and speed).

According to industry reports, peak consumption was 143 terawatts, recorded in May. However, consumption has dropped some 60% since then, dropping to 62 TwH in July. Why? Because of 1) the Tesla decision to suspend bitcoin payments on May 12th based on environmental concerns, 2) China's decision in May to crack down on crypto mining, which resulted in approximately HALF of all miners being offline essentially overnight.

In an odd twist, China's decision to boot bitcoin miners in May might end up being a saving grace for the industry longer term on the energy & carbon side, versus being a single impact drop from kicking everyone offline. Miners are increasingly moving to base out of the United States, where an increasing focus on renewable energy driven power and simultaneous development of more and more efficient processing equipment should help continue to drive down the overall impact of the industry. Mining works on thin margins, and electricity is often the most changeable variable overhead number, which also bodes well for enhancing renewable use as countries like the US focus on making renewable energy options more attractive financially than they have been historically.

As anyone who's tried to read anything about bitcoin/digital currency is aware, its pretty confusing stuff. We wrote an article for Oil & Energy Magazine this month about the ins and outs of digital currency's Carbon issue and how it looks to be moving forward. You can read the article here: Bitcoin Miners Seek "Greener" Pastures in the United States

END_OF_DOCUMENT_TOKEN_TO_BE_REPLACED 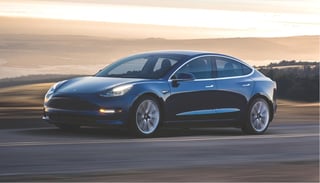 This August, Tesla employees receieved the first deliveries of the much anticipated Tesla Model 3. By all accounts, the Model 3 was met with fully positive feedback upon test driving. If you recall, the Model 3 got half a million pre production money down "reservation" orders in the absence of a test drive or really any standard marketing campaign in place. (For a refresher on the Model 3 debut, read this: Tesla's Model 3 Debut Stuns Industry)

The Model 3 starts at $35,000 but most reviewing is based off the $44,000 level model including the $5000 premium package add on, as this is the model currently available now (the "standard" Model 3 will be available in November)

The number of EV Charging Stations in the US that are part of Tesla's "supercharger" network will increase by a projected 6500 by the end of 2017. It will be interesting to see how the EV station network expands with the increase in demand for electric vehicles we're seeing with options like the Model 3, new Chevy Volt, and the Nissan Leaf, which are all more readily available to the average consumer than the high end Tesla's and other models.

I wrote an article for the September issue of Oil & Energy Magazine regarding the Model 3 - you can read it in full here: Tesla's Model 3 - Definitely Innovative

END_OF_DOCUMENT_TOKEN_TO_BE_REPLACED 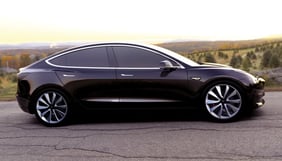 Tesla's Model 3 launch saw unprecedented and unpredicted preorders come in around 400,000 - for a car that isnt even out for about 2 more years!

The car boasts a $35,000 dollar price tag - compared to the high price of some previous Tesla models, the model 3 is an opportunity for lovers of the Tesla branded vehicles to get into one themselves. The car also boasts a 200+ mile electric only range, and some neat tech features including a heads up display and the standard Tesla car software "upgrades".

I wrote an aticle for Oil & Energy on the Tesla model 3 launch, it's features, as well as possible issues that could be on the horizon for the company in terms of hitting deadlines on the Model 3, especially in the face of demand that tripled even the most optimistic preorder projections. You can read that article here: Oil & Energy Magazine:"Impressive Launch for the Tesla Model 3"