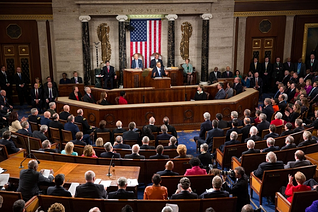 END_OF_DOCUMENT_TOKEN_TO_BE_REPLACED

The Revival of the Biodiesel Blender'sTax Credit - Pro or Con?

In a move that was semi-surprising given the budget cut debates surrounding this years fiscal cliff talks, not only did law makers reinstitute the Biodiesel Blender Tax Incentive of $1 per gallon, but they did so retroactively to 2012.

The positives - or potential positives - of this decision are an estimated 30 thousand jobs sustained by the cut (112,000 versus a projected 82,000 jobs without the credit in place). Additionally in theory the credit serves to make domestic biodiesel competitive with Brazilian corn ethanol - currently ethanol blending into gasoline is the cheapest method of generating advanced biofuels to satisfy the EPA's RFS mandate. However, even with the credit in place, biodiesel still runs a significantly higher cost than ethanol. If biodiesel production does step up as a result of the credit and the RFS mandate, that could potentially prove a benefit for the United States economy, especially given that biodiesel is domestically produced, whereas we import most of the corn used for ethanol from Brazil because domestic corn does not satisfy the RFS "advanced" biofuel requirement.

On the negative side - given that ethanol is often cited as contributing to corn pricing spikes on  commodity and consumer product levels, it is reasonable to assume that increased biodiesel production and demand would have the same effect on soybean commodity prices as well as food items. Additionally, most of the projected benefits of reinstating the credit rest at least somewhat on the assumption that it will make biodiesel pricing competitive enough to compete with Ethanol - this is not really the case currently, and pricing structures on both products could prove unstable due to market volatility and competing uses for each items base commodity.

At the end of the day - my thought is a tax incentive on a mandated item is uneccesary, and appears more so given the uncertain nature of the benefits, and the solid $2 billion dollar price tag attached to this cut.

I wrote an article for Oil & Energy Magazine on this topic, if you want more info on the details of how the RFS mandate's ins and outs relate to this tax credit and why Brazilian ethanol's competitive advantage is tough to beat even with a dollar per gallon tax incentive. You can read the article online here: Oil & Energy Magazine - Feb 2013  or as a PDF by clicking here: Biodiesel Blender Tax Credit

END_OF_DOCUMENT_TOKEN_TO_BE_REPLACED

Déjà vu all over again

Many argue that Massachusetts was very wise to insist on waste feedstock for biodiesel, which takes the food price argument off the table.

As energy independence and reducing spending (especially on foreign energy spending) dominates the news, it is great to have a great story in biodiesel.

END_OF_DOCUMENT_TOKEN_TO_BE_REPLACED

Here are a few 2010 issues I’d like to discuss and get some industry input.

The Massachusetts Biodiesel Mandate, will we see any progress this year?

The Biodiesel Tax Credit is back and RINS values are soaring, does this play a role for Massachusetts?