Year Round E15 & RFS Waivers on the Energy Agenda 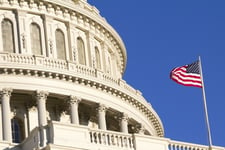 Low commodity prices, plummeting RIN values, and talk of potential trade wars are all factors hitting the US Agricultural Sector hard this year.

Some of the avenues being discussed to provide relief are: allowing year round E15 sales, looking into the impact that RFS waivers for small refiners may have had, and making the process for submitting and granting waivers much more streamlined with the goal of stabilizing RIN prices.

E15 sales are currently prohibited from June 1 through September 15 because of RVP regulations (much like "summer" and "winter" conventional gas changes those of us from the Northeast are familiar with in Maine). E15, unlike E10, does not have a low enough RVP rating to meet the criteria for year round sale.

The White House had proposed changing the E15 regulation in June, but postponed. It currently looks like the change will take place sometime before next summer.

I wrote an article for Oil & Energy Magazine that goes into some more of the details on E15, the impacts we might expect, and how viable it will be in the market. You can read that article here:  Year-Round E15 and Small Refinery Waivers

END_OF_DOCUMENT_TOKEN_TO_BE_REPLACED

Is Ethanol Even Green?

The ethanol industry renounced the AP article as a "smear campaign" pointing out that fertilizer runoff and associated issues occur regardless of the end point of the corn produced. Another issue with the AP article is that the "conservation" land converted to corn fields wasn't exactly "conservation land" in the usual sense - essentially, much of it was designated conservation under an initiative that seemingly has less to do with conserving land than it does with boosting crop prices for farmers. While those points may be true, there is no doubt that corn based ethanol has environmental impacts, and there's even question on how much benefit to the environment the fuel itself produces, with the revelation that ethanol may be only about 16% "greener" than gasoline, which would technically disqualify it as a green alternative to gas.

The Senate has even introduced a bill to eliminate the ethanol portion of the RFS. This happened in December, just as the EPA announced it would reduce the ethanol blending goals in the standard. Not a good month for the Ethanol Industry, I would say. Senators Feinstein and Coburn - another unlikely alliance, cosponsored the bill. Both cited increased food costs as a result of diversion of corn into fuel supply, and the issues oil companies face with the blend wall - their inability to blend more ethanol into fuel without risking damage to consumer vehicles (that was the issue behind the EPAs reduction as well). [You can read a little more detail about the bill in my most recent Oil & Energy Article by clicking here]

So what does this all mean anyways? Its not likely ethanol will "go away" but both of these actions make it a little less burdensome on refiners and companies and protect the blend wall. It will be interesting to see how it shakes out over 2014 - the Obama administration strongly supports the corn based ethanol on the basis that it encourages biofuel adaptation in general and ethanol is a good starting point. There is no doubt that the mandate for corn based ethanol is extremely costly however, and with the undeniable impacts on food prices for both the industry and consumers, given the recent questions on the reality of its environmental impact, it seems to be time for politicians to really sit down and repair broken and costly regulations.

END_OF_DOCUMENT_TOKEN_TO_BE_REPLACED

RIN Price Spikes sustaining the "Pain at the Pump" for Gasoline

I wrote an article for Oil & Energy Magazine regarding RIN values and their impact on gasoline prices - Good time for a look over, as we officially head into "driving season"...

A quick recap - per the EPA RFS Standards, each gallon of biofuel in the US is assigned a RIN number and tracked to ensure that refiners are hitting their mandated renewable fuel allocations. If a refiner doesn't meet their obligation through physical blending of gallons, they can buy RINs to meet the obligation. Since gasoline is now 10% ethanol, and ethanol is a biofuel under RFS this means there is an obligation essentially to produce or purchase RINs to offset 10% of a refiners gasoline gallons.

Historically, both D5 (Biodiesel) and D6 (Corn-Based Ethanol) RINs have traded around or under the 10 cent level (D6 average for 2012-2013 was 11 cents) but this year has seen unprecedented spikes in price, with D6 (ethanol) RINs were trading between 80 and 90 cents as we headed into Memorial Day Weekend.

What does that mean?

Since gasoline is now 10% ethanol, that means that for every gallon of E-10 gasoline sold, there is essentially a 9 cent increase to the price at the wholesale level today. (10% of each gallon, so 10% of 90 cents)

If you are refining or importing gasoline and are subject to purchasing RINs, this obviously has a huge impact on you, as well as the customers you pass it on to. This is an issue in the East Coast as well, where a large percentage of gasoline is imported from Europe and therefore hit with the RIN impact.

The difficulty with the RIN situation as it stands now, is the E-10 blendwall. Refiners are reluctant to blend more ethanol in (and thus decrease their RIN liability) because there is some evidence that higher blends can damage end user vehicles, and additionally, there is little demand for higher level blends. This serves to drive up the market price of RINs

Given the price impact and the current supply situation on gasoline, especially on the East Coast  - the pain you are feeling at the pump is unlikely to subside unless there are revisions to the RFS Standard

END_OF_DOCUMENT_TOKEN_TO_BE_REPLACED

RIN Fraud - What does it mean for Biodiesel Producers?

I wrote an article in March's issue of Oil & Energy Magazine adressing the issue of RIN Fraud and the impact the EPA crackdown on the fraud is having in the biodiesel world.

Ironically, 2011 was a pretty great year in a lot of ways for biodiesel and biodiesel producers - production was up, green jobs were being created, we were making progress. RIN Fraud hitting the news late in the year really shook things up however, understandably, considering the fines and penalties at play and the difficulty facing smaller firms currently who have legitimate RIN credits to trade and are facing a marketplace full of cautious (at best) buyers.

Long story short, there have certainly been ripples throughout the industry over the fraud, with more to come likely. It will be interesting to see how it all shakes out.