Energy Security, Not Independence, Should Be The Goal 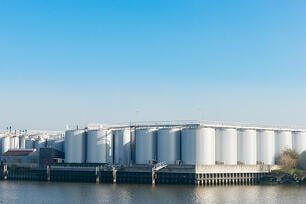 We've discussed previously the debate about lifting the Crude export ban in the wake of the shale oil boom in the US. Last year alone the reduction in US imports (down 9%) and the increase in exports (up 11%) accounted for a $63 billion dollar reduction in the overall trade deficit.

Next year the US is expected to become the world's biggest exporter, and oil production is continuing to increase - analysts predict that by 2020 the US will be a net exporter, and the boom could create a net 4.7 million jobs by 2020 as well.

The continued economic success of the oil boom however will be greatly impacted by whether or not the Crude ban is overturned. Without a growing export market to support the increased production, prices become depressed due to limited refinery capacity until the infrastructure catches up to the supply, which is never the goal, realistically.

The thought is that the US will be capable of being virtually self sufficient in oil production by that 2020 horizon, although that's not necessarily the practical goal. Trade relationships are often a positive for nations, and the thought is we get a better energy security by maintaining relationships than setting the goal as an isolated, completely energy independent nation. For example, we currently get almost half our oil imports from Canada and Mexico, and the Keystone pipeline would enhance our ability to get Canadian oil into the market and strengthen our relationship with Canada. There is a school of thought that an energy alliance between Canada and the US, or Canada, the US and Mexico would be a much better solution for all three countries' energy security and economic opportunities than being a completely independent country would.

Exporting will have an enormously positive impact on the trade deficit, and US supply would keep downward pressure on global pricing. In terms of energy security, the availability of alternative crude sources for other nations is a positive as well - being that its a global market, political and other issues in oil-producing nations will always affect one another, but with varied supply an issue in one nation isn't neccessarily a catastrophe for others. For example, as we are seeing in the Russia/Ukraine situation, Europe is in a tight spot given that a huge percentage of their energy supply comes from Russia. That sort of limits their ability to enforce tough sanctions because they risk an economic mess if Russia decides to push their prices higher in retaliation. As we all know - energy prices have huge impacts on almost all sectors of a nations economy.

Political ramifications and implications of Energy policy and security aren't the only issues at play in the debate, obviously. Environmental groups strongly oppose exporting crude because it will likely make renewable energy even less cost effective in the wake of plentiful oil supply, and reduce the pressure to find alternative, non-fossil fuel energy sources.

I wrote an article on this topic for the March issue of Oil & Energy Magazine - you can read that article in their online magazine here: http://oilandenergyonline.com/how-energy-independent-is-america/