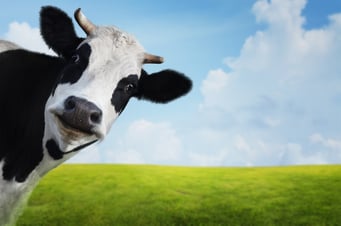 Local farms in Massachusetts are producing their own renewable energy, and they're doing it while diverting food waste and dropping their carbon footprint at the same time. How? By utliizing anaerobic digesters, produced by Vanguard Renewables.

The simplified version is that the process takes the potential energy in both food waste and organic waste (like cow manure) and converts it into biogas that is used to reduce energy costs, reduce methane emissions,eliminate food waste, generate heat, and offset carbon emissions.

Massachusetts implemented a ban in 2014 on disposal of commercial organic wastes by businesses that dispose of more than a ton of organic waste per week. Prior to the ban, this type of waste was the second highest contributor to landfills, so the State mandated that instead of being disposed of, they had to be recycled.

The solution that arose in the form of waste to power anaerobic digesters is pretty ideal - it allows not just farms to upcycle their waste, but also helps food processors, supermarkets, and even fast food restaurants by opening up an avenue for food related industries to dispose of waste economically and in a way that is hugely beneficial from an environmental standpoint.

I wrote an article for Oil & Energy online that goes more in depth into how the process works and the benefits - you can read that article in its entirety here: Farm to Grid

For more in depth info on how waste-to-power works, and to view some of the currently operating facilites, check out Vanguard Renewables site.

END_OF_DOCUMENT_TOKEN_TO_BE_REPLACED 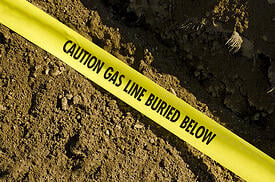 A Harvard University study has concluded that 15 billion cubic feet of natural gas escapes the aging pipelines in Boston - an amount that means we're losing $90 MILLION dollars worth of natural gas through leakage annually.

The problem with leakage, outside of the obvious environmental and health concerns, as well as the fact that consumers bear the cost of the leakage, is that this leakage is responsible for almost all of the methane emissions given off by the city. As we've discussed previously, methane has a 25 times larger impact on the environment than carbon, and for that reason it's been the focus of new proposed regulations from the Administration and the EPA.

The suggested regulations however, are aimed at fracking companies, which over the past year have shown large declines in the amount of methane leaks, and leaks in general in four out of six of the major shale plays. The reason for that is at the production site, leakage costs the producer money in lost product.

The second sector that the regulations aim at (although they are "voluntary" in this case) is agriculture, which is responsible for the bulk of methane emissions.

When you break down the numbers however, most emissions come from so called "super users", namely power plants etc., versus fracking sites or even intense agricultural production sites. And as studies like this point out, there is a lot of environmental impact happening passively through leaking in outdated pipeline systems, like those in Boston.

What this study points out on leakage, is that there may be a more efficient way to curb urban emissions of gas, and therefore methane, than imposing sweeping regulations on fracking sites, who already are self-motivated by profit to control product loss. That motivation is less present in urban areas, because the cost of pipe replacement and remediation is high, and the work is complicated to perform without disruptions in densely populated areas. Additionally, remediation of leaks in urban pipelines is a direct cost to the utility as well as the consumer, versus the cost-savings measure it is for upstream producers.

To their credit, both Massachusetts and National Grid have already been working on an accelerated pipeline replacement project. This program categorizes how risky leaks are and addresses them in an urgent to non-urgent priority order. This allows them to address the most critical leaks first, and move forward on remediation without undue and immediate cost burdens on the utility or the consumer.

Essentially, studies like this point out there are emission control options downstream in addition to the ones happening upstream that can complete the picture and move the entire process forward in a more timely and efficient manner.

If you want to read a little more on the background of methane regulations proposed, or the prior study on leaks in Boston, you can do so here: "Methane and Consumers giving Nat Gas Headaches"

If you want more background on fracking and environmental impact, you can do so here: "US Carbon Emissions Still on the Decline - Guess Why?"

END_OF_DOCUMENT_TOKEN_TO_BE_REPLACED

We talked before about the White House's proposed new regulations on Methane emissions, which came on the heels of the Administration supporting increased natural gas exports in response to the Russia/Ukraine debacle. Well the EPA whitepapers have come out now outlining proposed changes on each of the industries involved - you can check those out here: EPA Methane Whitepapers

The Admin proposed changes cite the Agricultural sector as the largest methane producer, followed by Nat Gas. The difference however, is changes proposed for Agriculture are "voluntary" versus regulatory changes for the Nat Gas sector. As usual, environmental groups cheered and said too little too late, while the industry said given it's in their financial best interest to control leakage (their main source of environmental methane), new regulations are an uneccessary burden.

As we said before, it's hard not to infer from the timing that increasing regulations on methane is at least in part due to environmental and consumer backlash on exports over environmental and supply/pricing concerns. However, given that exporting should increase revenue greatly for the industry it's a pretty savvy time to introduce regulations that may be costly.

On the consumer side, news has been breaking recently on the number of gas leaks in communities. In the wake of several explosions,  there has been some digging into just how big a problem neighborhood leaks may be, and the news is not good. Some estimates (including a Boston University Study) peg the number of neighborhood leaks in the City of Boston alone at over 3400, and over 20,000 statewide. (You can read the Boston Globe article on the BU Study here: "Boston Riddled with Mostly Small Natural Gas Leaks" )

The issue with these leaks goes beyond the obvious safety and environmental concerns as well. Gas that escapes en route to the consumer is paid for by the consumer. Its estimated that Massachusetts ratepayers are paying an average of $39 million dollars a year for leaked gas ($640 million-1.5 Billion from 2000-2011 according to a study by Senator Ed Markey's Office)

I wrote a piece on methane regulations and the prevalence of natural gas leaks, and what is being (or should be) done about them for the May issue of Oil & Energy Magazine. You can read the full piece here: Natural Gas Needs to Clean Up Its Act
END_OF_DOCUMENT_TOKEN_TO_BE_REPLACED

How is Switching to Nat Gas Hurting the Environment? - It's NOT What You Think

A study published by researchers and scientists with MIT, Stanford, and the National Renewable Energy Library was recently published that is essentially the first in depth look at US Methane emissions.

Why methane? The environmental issues with Natural Gas mainly come from the presence of methane - which is another green house gas, but 30 times more potent than the carbon dioxide we usually hear about. Approximately 1.5% of natural gas leaks during extraction, processing, transport, etc on its way to the consumer, so methane levels give us a bigger picture of the environmental impact of Nat Gas beyond carbon emissions.

Surprisingly- Hydraulic Fracturing or "Fracking" is not the problem. You read that correctly - the often hotly debated "fracking" process is not what's causing methane emissions to rise. So what is?

The study found that so called "super users" were responsible for the vast majority of the leaks (some processing plants, factories, etc). The good news is that in theory these repairs arent cost prohibitive, and are generally profitable for the site - at least in the long term -  as they stand to lose less product in transmission.

The question then becomes - is this an issue that should be legislated on or not? Industry folks say they are already voluntarily correcting issues, and since they have a financial incentive in at least certain cases to do so, they don't need regulatory pressure to move the process forward.  Environmental groups predictably say given the level of leaks still existant, volunteerism is not keeping pace with the level of repairs and upgrades required to address emission levels.

I wrote an article for Oil & Energy magazine's April issue on this topic, and the related discussion of whether its environmentally "friendly" to switch your fleet to Nat Gas in the long term. You can read that article here: Oil & Energy Online