A controversial part of the bill was a provision allowing for a pilot program of 10 cities and towns to require all new building projects to be electric (with the exception of hospitals and labs). The Boston City Council in September voted to become one of those cities, after the proposal was introduced by Mayor Wu.

How the provision works is it would allow individual cities to develop local ordinances preventing new building projects (or large scale renovation/rehab projects) from using fossil fuels and enforce those ordinances by denying permits. (As an aside, you may remember that Brookline MA, one of the ten pilot cities, one night at a town meeting voted to ban oil and gas infrastructure in town in 2019 – a provision that was ultimately struck down. Essentially, the policy Brookline attempted to enact in 2019 is in some ways the blueprint for how the ordinances in the new pilot program work.)

It's unclear whether Boston will be allowed to join the program, as there are already 10 slated participants (Acton, Aquinnah, Arlington, Brookline, Cambridge, Concord, Lexington, Lincoln, Newton and West Tisbury). Conceptually, cities and towns that are not the size and population of Boston would seem to be a better fit for a pilot program of any kind – it is possible they will get approved however, because a requirement of participation is that the town meet the States 10% affordable housing target, and West Tisbury looks like it will fall short.

Speaking of affordable housing, one of the main concerns around the pilot program is that it would drive up costs for construction and extend timelines for building (particularly as multifamily dwellings are non exempt from the ordinances) which could further exacerbate Boston’s existing housing crisis, as well as continue to push lower SES community members out of the City, something that has already picked up steam post pandemic. The other half of that coin is serious reservations about the impact to union jobs in the program cities, particularly for pipefitters.

On the other hand, 70% of Boston’s carbon emissions are from buildings, according to the City’s latest Climate Action Report, so in that sense going right to the source makes sense on some level.

I wrote an article for Oil & Energy Magazine that goes into more detail on the bill and its support/objections. You can read that article in its entirety here: Boston Seeks to Ban Fossil Fuels in New Buildings

END_OF_DOCUMENT_TOKEN_TO_BE_REPLACED 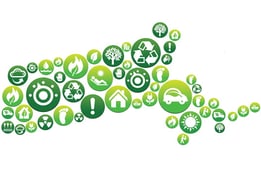 This September, the Commonwealth of Massachusetts awarded competitive grants to 91 municipalities across the state to the tune of 14.9 million dollars, at up to 250,000 per municipality. The grants allow cities to fund renewable energy projects for the community that help MA move towards its clean energy goals.

This is the largest single year payout for the program, which has paid out over 100 million in project grants since 2010.

To obtain a Green Communities designation in Massachusetts, the community must pledge to reduce municipal energy consumption by 20% within 5 years. The project and its grants have allowed cities to offset the costs of energy efficiency projects like weatherization, LED streetlights, heating system conversions, EV charging stations, and EV fleet vehicles. This is beneficial for both the community running the project, and for the State energy efficiency levels overall. Massachusetts is the most energy efficient state in the union and is looking to hold on to that designation.

If you want more background and info on the Green Communities program and grants, I wrote an article for the October issue of Oil & Energy Magazine on the program that you can read here: Massachusetts' Green Communities

END_OF_DOCUMENT_TOKEN_TO_BE_REPLACED 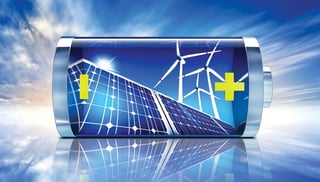 The system is designed to boost grid resiliency - it will allow the town to be able to "isolate" from the grid and provide up to 12 days of backup power for the police and dispatch center.

Sterling has jumped on with the Governor and the state initiative to embrace energy storage as a comprehensive part of cleaner energy solutions. Sterling has been developing a well balanced energy portfolio, including aggressively installing PV solar in recent years and is currently 7th in the nation in installed PV per capita, so a large scale energy storage project like the one underway makes sense for the town. It should also serve as a fantastic "pilot program" of sorts for other communities looking to launch similar projects.

I wrote an article for Oil & Energy Magazine that goes into more detail about the project, the goals, and the role the state and US Departments of Energy would like to see the project play in moving the country forward on energy storage, especially as it relates to renewables. You can read that article here: "Building New England's Largest Energy Storage Project"

(For some background on energy storage battery technology, and why its so important for utilities, you can also read: "Persuing the Holy Grails of Battery Tech" )

I look forward to following the project and updating about its success. Congratulations, Sterling MA, on being pioneers in the future of energy in Massachusetts!

END_OF_DOCUMENT_TOKEN_TO_BE_REPLACED

I'm excited to let everyone know that we will be debuting our EV Charging Station at our Chelsea MA Headquarters on November 18th (this friday) at 1:30pm. The ceremony will be emceed by Chelsea City Manager Jay Ash and special guests including the Massachusetts Clean Cities Manager Stephen Russell, and Mark Sylvia, the Commissioner of the Massachusetts Department of Energy Resources.

We will be the home of the first EV Charging system in Chelsea MA. Im excited to be adding the station to a list of environmentally conscious steps  we’ve taken. We were the first at the pump retailers of Biodiesel and E85 in the Commonwealth, and in 2009 we completed a photovoltaic solar power system at our headquarters as well. Now you can charge your car from solar generated power – pretty cool stuff! 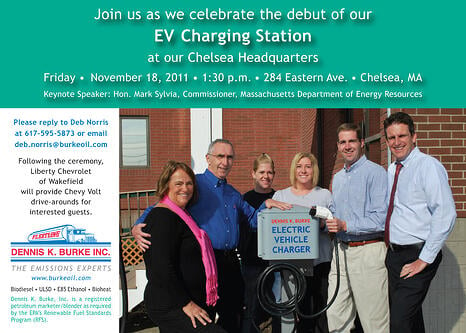