Bitcoin Miners seek 'Greener' Pastures in the US 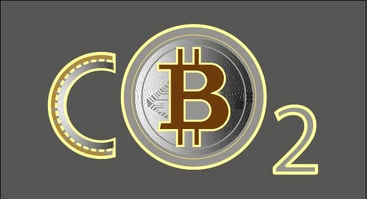 When most people think of digital currency, carbon footprints don't necessarily spring to mind. After all, the entire industry is just computers (and nerds) right? No shipping, no delivery, no need for massive buildings or corporate offices - the beauty of the whole system is hinged on it being completely digital. However, being completely digital means that the industry relies on using massive amounts of electricity for processing power to "mine". (Mining essentially relies on solving complex mathematics which requires insane amounts of processing power and speed).

According to industry reports, peak consumption was 143 terawatts, recorded in May. However, consumption has dropped some 60% since then, dropping to 62 TwH in July. Why? Because of 1) the Tesla decision to suspend bitcoin payments on May 12th based on environmental concerns, 2) China's decision in May to crack down on crypto mining, which resulted in approximately HALF of all miners being offline essentially overnight.

In an odd twist, China's decision to boot bitcoin miners in May might end up being a saving grace for the industry longer term on the energy & carbon side, versus being a single impact drop from kicking everyone offline. Miners are increasingly moving to base out of the United States, where an increasing focus on renewable energy driven power and simultaneous development of more and more efficient processing equipment should help continue to drive down the overall impact of the industry. Mining works on thin margins, and electricity is often the most changeable variable overhead number, which also bodes well for enhancing renewable use as countries like the US focus on making renewable energy options more attractive financially than they have been historically.

As anyone who's tried to read anything about bitcoin/digital currency is aware, its pretty confusing stuff. We wrote an article for Oil & Energy Magazine this month about the ins and outs of digital currency's Carbon issue and how it looks to be moving forward. You can read the article here: Bitcoin Miners Seek "Greener" Pastures in the United States