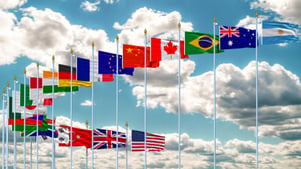 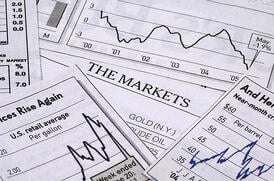 In addition to the inventory report, as we mentioned, the new Saudi leader has indicated the largest OPEC producer will continue on its track to hit production goals set. Both of these factors mean traders are still concerned with longterm over supply, which is continuing to drive down prices.

The Saudi stock market shot up today as well on rumors of relaxing restrictions on foreigners trading that market. This ties back to the oil oversupply, in that most are crediting the Saudi's potential move of opening the market up as a way to raise revenue and stimulate the economy in the non-energy sectors, which indicates further that the current oversupply will be a long term situation.

In other news, the House today passed a bill to expedite the process for permitting LNG exports. With the increase in US Nat Gas production (the US is currently the worlds top producer), the thought is exporting would not only be economically beneficial for the US but exporting to Europe could reduce the essential monopoly Russia has on natural gas supply in those nations.

At the same time that passed the House, a Keystone bill continued to languish in the Senate when the attempt to pass a procedural motion to push the vote failed Monday. One of the ammendments to the current bill is a proposal to eliminate the ethanol mandate portion of the RFS - this will be an important one to watch, certainly.

Saudi's to Stay the Course Despite New Leadership

We discussed before that the Saudi stance on keeping OPEC hitting its production targets was a major factor in the continuing downward trends in the markets. Brent Crude shot up temporarily on the news - up about 2%,  but came off highs as the day progressed.

The new ruler, King Saldman stated there would be no change to what he called the "correct policies" on oil the country has stood by even in the face of the 60% drop in prices. Additionally, the oil minister under Abdullah will keep his position in the new regime, which further implies that Saudi Arabia will stay the current course, and served to calm traders back down as the trading day wore on.

While much of todays chatter centered around the wild cash blowout of gasoline on Friday, up some .24 in NY harbor, markets found a way to turn positive ahead of the close. Many are betting that a new round of Quantitative Easing, also known as QE3, will be announced after this weeks FED meeting. This bet was doubled down after Fridays disappointing payroll figures.While the stimulus plans are designed to boost economic activity, Commodity prices are often collateral damage and many agree that we might see higher prices with this round. Keeping the pits in check are the fundamentals which, even besides this weekends short term blowout, the nation is well supplied. Additionally there was a memo sent by the Saudi Oil Minister confirming the oversupply of product as well as the unsubstantiated value of the current marketplace. Look for the remainder of the week to be a wild one. At the Close, Crude finished up .12 to $96.54, HEAT gained .0179 to $3.1668 and RBOB .0044 to $3.0240