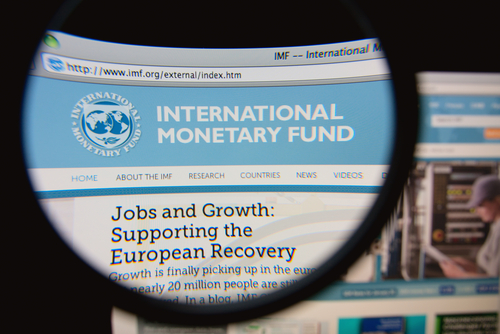 Last week we mentioned that it was going to be a sloppy back and forth week if a debt ceiling resolution was not passed.  As shown below, that was exactly what materialized.  Starting the week, HEAT was at 3.1280 and finished today at 3.0962 with all sorts of gyrations in between.  As traders are not willing to commit either way as a resolution  still looms and a tropical storm hitting the gulf region, it was somewhat surprising to see the market fall off as much as it did mid session.  Both products were down as much as 4 cents on the heals of GDP data being released which showed the economy was basically flat.  Furthermore, it notes that the recession  was deeper than first thought and the economy is obviously growing at a much slower rate.  There is growing sentiment that we will begin to encounter demand destruction at a growing rate if prices do not ease relatively quickly. At the close Crude fell $1.74 to $95.70, RBOB lost .0047 to $3.1129 and HEAT fell .0090 to $3.0962. This weekend will be critical as to how the Markets will shake out for the next few months, as a resolution should see lower prices

Futures Tumble as length is shed with Jobs Data

May 5, 2011 3:28:00 PM
As the saying goes " we buy in fear and sell in greed", today appears to be the perfect example of that old one.  Coming off the first three day sell off in over six months, the NYMEX was poised for a correction.  A new term put to the days action in the pits, a "flash crash" .  With all three major pits teetering on key support levels at the open, the technical sell off ensued as new unemployment figures were released that showed claims up by roughly 43k more than most estimates.  That, coupled with yesterdays slightly bearish inventory numbers, many sought to exit positions put on several weeks ago.  Again, it appears that we did find the event that would cause a correction, the key now is how much length is left and where will Bulls find a buying opportunity.  The last point to be made for a continued sell off will be to determine how demand will stand up with retail gasoline breaking $4.00 a gallon across most of the country.  From all indications, or today at least, demand destruction is weighing heavily on the minds of investors.  At the Close, Crude tumbled $9.40 to settle below $100 for the first time in weeks at $99.80.  RBOB lost a staggering .2271 to close at $3.0954 and HEAT led the charge with a whopping loss of .2561 to $2.8869.
Daily Heating Oil Chart

The information contained in this report has been taken from trade and statistical services and sources believed to be reliable. Dennis K. Burke, Inc. makes no representations or warranties with respect to the content of such news, including, without limitation, its accuracy and completeness. This bulletin is provided for informational purposes only, and is not intended as a recommendation to buy or sell commodities.
Mark Pszeniczny
Read More
CRUDE falls, Libya, Bull Market, Daily Heating Chart

Bulls remain in control ahead of Inventory Data

Apr 5, 2011 1:02:00 PM
What appeared to be a solid retreat this morning turned into another solid up day for the NYMEX.  The early morning session had both pits down over two cents in electronic trading as word of a Chinese rate hike hit the wires and a possible slow down in demand for the worlds second largest consumers.  Additionally minutes from last month FED Reserve meeting realeased today noted several members voicing concern over the rapidly rising energy costs and the effects that would have on the growth pattern of the country.  But by mid morning, sentiment had changed with news once again surfacing that the oil port town of Brega in Libya was back in control of loyalist forces.  Intensified fighting between France and Ivory Coast over the areas rightful President also pushed prices higher as the growing fear of worldly strife has many investors searching for the one investment that is insulated.  At the close, Crude actually fell .13 to $108.34 while RBOB jumped another .0325 to $3.2013 and HEAT topped out at $3.1850 up .0136.
Daily HEAT Chart

Estimates had Crude falling 1.5mbl with the gasolines flat and distillates building by 1.0mbl. The early losses had pits down over 2 cents but as of 10:30 that changed...

As quick as we saw the jump on Friday, we had thought that it was storm fear buying. And today brought vindication of those thoughts as I woke to a market down over 5...

With the weekly inventory report came a mixed bag and subsequently a mixed close. As shown below, the largest variance was seen in gasolines which was the only thing...