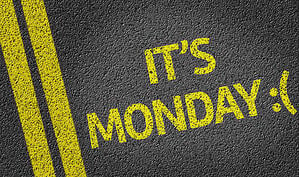 Futures ticked down yesterday on positive domestic economic news, even as international turmoil escalated. Inventories were expected to show draws, but other economic data out indicates the economy is continuing to recover. The CPI (consumer price index) was up 0.3%, and existing home sales came in up 2.6%, both of which are good indicators. Today, gasoline continued downward, closing down -.0206 but ULSD inched up a little to 2.8754 (up 0.0212 on the day). Not too shabby considering all the insanity internationally.

Here's a quick rundown of the international issues that could play out in the markets in the coming days:

In the wake of the tragic Malaysian aircraft crash, tensions between Russia and the West have hit almost Cold War proportions. Russia and Ukraine both wasted no time blaming the other for causing the crash, and the US jumped in and immediately implicated Russian Seperatists in Ukraine for launching the fatal missle. France and the US are proposing further sanctions, with the US sanctions targetting financial and energy companies by way of denial of bonds with a 90 day plus maturity.

Today, two Ukrainian fighter jets were shot down by Russian seperatists, lending creedence to the theory that seperatists downed the Malaysian jet, and perhaps implying that sanctions against Russia may be escalated, which could potentially have an impact on markets.

Israeli ground troops invaded Gaza earlier this week after a ceasefire agreement was violated by Hamas in under 4 hours. Tuesday afternoon the FAA grounded all US flights to or from Israel for at least 24 hours on concerns of a Malaysian like incident after a rocket struck within a mile of Israels largest airport. Israel called the US flight cancellations a "coup for hamas", at least on a PR level, which isnt helping urge reconsideration of a cease fire on either side.

Hopefully, in addition to international crises being negotiated, the Domestic news will continue to suggest a strengthening economy and mitigate price spikes.... Stay tuned!

Futures Continue to Rebound After Early Week Sell Off

Front month Heat continues to find comfort above the 2.95 level as traders weigh the recent barrage of news.  Earlier in the week, many feared an almost inevitable Government shutdown, but those fears were erased late Wednesday as a House Bill passed that would fund activities for the next several weeks.  While Inventories were in my opinion somewhat Bearish, the news didn't take so well yesterday and pushed futures up slightly ahead of today's report that showed the US economic growth rate fell in line with expectations with an increase of 2.5%.  Additionally, new applications for unemployment benefits fell by roughly 5000 to 305,000.  The Bullish overtures of a growing economy almost always will spur a rise in Commodity futures.  The Syrian problem continues to drag on in a political stalemate as Russia successfully blocked a UN resolution which would have authorized military strikes.    While news may be what most are pointing to as the driver, one must give the technical analyst his due.  The Failure of front month HO to settle below the 2.95 mark has spurred buying over  the last two sessions.  This level continues to be a huge support area.  At the Close, Crude gained .37 to $103.03, RBOB added .0321 to $2.7050 and HO settles up .0306 to $3.0037

Much of what we view every day in this business is based primarily on expectations and ultimately, reality.  Today was precisely one of those days.  While most expected slightly bearish inventory numbers, the news at 10:30 that showed Gasoline's up 2.6mbl and Distillates up 2.3mbl well beat expectations of builds of 700k and 800k respectively.  Pits reacted by selling off over four cents in each HO and RBOB.  With Crude showing a draw of 600k barrels while many expected a build of the same amount, you had to think how long the fall would last.  At the same time, the European Zone released figures that showed its GDP fell for the sixth straight quarter.  Soon talk of more FED stimulus took over the trade and the buy back gained momentum.  From what started out as a solid down day, turned on the expectation of what we think might happen, thus pushing the NYMEX higher by the closing bell.  At the close, Crude gain .09 to $94.30, HEAT added .0071 to $2.8801 and RBOB led the charge jumping .0294 to $2.8670, almost .10 higher than the intraday low.... Looks like some expect a busy driving season.

Late Rally pushed Futures higher ahead of the Close

Jan 24, 2012 4:20:00 PM
Futures danced along the even mark most of the day with little news pushing the market for much of the session.  Greece is still trying to get a break on the 14.5 billion it owes creditors come mid March.  US Carriers have moved through the Straits of Hormuz with little in the way of disruptions.  A European refiner filed for bankruptcy, Petroplus, as margins disappeared.  Two of the most notable market moving stories were that the IMF revised down the world economic growth pointing to a slower than expected growth rate over the last five months.  Ahead of the close, the spendingpulse survey (a Mastercard service) pointed to higher gas demand last week.  How much credence is given to this survey has always been a debate, a weekend snow event in the northeast might have boosted sales on Friday.  Nonetheless, most will be looking at Wednesday's DOE report which is expected to show moderate builds across the board.  It looked like heat was on a pretty good downward slide until the last two sessions, which really doesn't make sense if you look at the 7 to 10 day outlook which has temperatures in the Northeast well above normal levels.  At the close Crude lost .63 to $98.95, RBOB rose .0271 to 2.8050 and HEAT added .0144 to $3.0242.