Last week's market pushed up on hopes of progress against COVID with vaccine rollouts and encouraging signs of demand growth on fuels. This week however, those hopes were dashed as talk turned to a variant strain of COVID found in the UK that has caused surging infections, and prompted the "Christmas Lockdowns" in other European nations to become increasingly severe. This has all but wiped out any hope of demand stabilizing in the near term.

Sunday France closed it's border to the UK, stranding truckers and travelers in the process. This afternoon they are allowing drivers who test negative to cross, if they have an essential purpose for travel. No travelers will be permitted without a reason for travel and negative test within 72 hours going forward, according to current reports. Overall, more than 50 countries have banned travel to & from the UK in the wake of the new strain's discovery, in an attempt to keep it from spreading.

Even the passage of the second stimulus in the US that's been hanging over the market for what seems like eons didn't do much but slow today's declines as compared to yesterday's losses.

Yesterday we saw both Brent & WTI shed over 2%, where we saw increases of 1.5% on both just Friday (Friday saw the highest front month settle on both flavors since late February). News moves fast.

It remains to be seen how things shake out when the second stimulus takes actual effect, but more importantly it remains to be seen what the implications of the new COVID strain will be. If it's contained, or vaccines are effective in slowing or preventing its spread, it may end up just a blip on the radar. If not.. well, we can only hope for the best.

Stay safe and stay tuned. Hope everyone has a safe and happy holiday season, despite how different it may look this year. 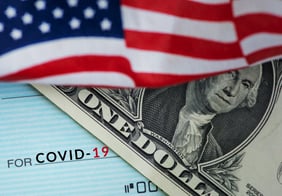 Today we opened up slightly on the NYMEX, and the big drops kicked in around 11am, (up to almost 3% on WTI temporarily) when Speaker Pelosi announced that they expected "pen on paper" for a second round of stimulus packages. The announcement came as somewhat of a surprise, as much of the activity on the second stimulus as of late has involved blocking, show bills, and discussions of everything being postponed until after the Election (and other typical political maneuvering).

The other factor lifting hopes and the market today was the jobless claims number released this morning by the US Department of Labor, which put new weekly jobless claims in the US at 787K, much lower than analysts expected. (Projections were 870K+ new claims would be filed, so the report was MUCH better than anticipated)

Wednesday we saw prices slide, largely due to the EIA inventories showing massive builds in gasoline (+1.9 mmb), and lower production than the prior week - both of these indicate a continuing drop in gasoline demand domestically and were more than enough to overwhelm the slight draws on Crude also reported by the EIA.

Overall, the demand outlook seems to be pretty grim globally for the short term, particularly as COVID-19 cases continue to trend upward in the West, so it remains to be seen how the markets will play out. If job numbers continue to improve and there is movement on stimulus, it could signal continued upticks in pricing based on economic outlooks improving.

One of the wild cards at play however, is COVID-19 and more specifically, it's impact economically and on global oil demand. We saw Ireland become the first European nation to return to lockdown today, and if that becomes a continuing trend, it's hard to see the market maintaining optimism about economic recovery.

We will have to wait and see how it shakes out over the next several weeks.

Primarily Russia and their proposed meeting with the Saudi’s on energy projects and outlooks, as discussed yesterday. (for a quick refresher, read this: Russia, OPEC and a Weaker Dollar - Oh My!).

Interestingly, before the meeting news broke on Monday, the Saudi’s had abruptly announced they would be slashing the price of their oil exports to retain market share – not a good sign for the global economy (demand), or the global supply situation. But the signal that OPEC may be willing to talk, specifically that the Saudi’s are, has more than eliminated any pull back the price cut could have been expected to have.

Additionally, the Baker Hughes rig count report indicated further drops (down an additional 29), causing Goldman Sachs to project that US production will drop by 225,000 barrels per day in 2016. Reuters is also reporting that Libya’s production has fallen below 25% of the levels it sustained prior to the ouster of Ghaddafi.

Its possible traders are seeing at least a slow-down in the growth of the oil glut on the heels of these news items, reading it as a bullish signal for prices, and acting accordingly.

There is rumor of a Chinese stimulus attempt as well, aimed at ramping up economic growth in that country, and therefore oil demand. As we’ve discussed before, news out of China is almost always a big driver of market moves, as they’re still the “hail Mary pass” on global economic recovery everyone is holding out for. Positive news from China = Positive numbers on the screen.

Keep in mind - the tense standoff between the US and Russia in Syria may become an increasing factor over time. Yesterday the Russians violated Turkish airspace, and we’ll have to see if there’s more sabre rattling from the Russians, or equally likely, hawkish overreaction by the US or NATO.

A few days away from the "official" start of the driving season saw gas prices tumble.... Or at least that what the news outlets will be saying.  Futures corrected today as the DOE report showed a strong 3mbl build while the Trade expected 1m gallon draw.  Distillates and Crude were somewhat bearish showing draws of 1.1mbl and 338k respectively.    Losses could have been much steeper, but selling appeared to be tempered by the fact that most believe the FED will continue stimulus measures until a clear sign of economic improvements.  The assumption is that should the FED start to pull back their measures, it could cause a significant sell off as people get rid of long positions.  HEAT still seems content be range bound between 3.10 and 2.75, with a tighter range of 2.85 to 2.95.  At the close, Crude fell $1.90 to $94.28, RBOB lost .0264 to $2.8194 and HEAT took the brunt of the hit dropping .0554 to $2.8736, which is surprising since the builds were seen in Gas.

Much of what we view every day in this business is based primarily on expectations and ultimately, reality.  Today was precisely one of those days.  While most expected slightly bearish inventory numbers, the news at 10:30 that showed Gasoline's up 2.6mbl and Distillates up 2.3mbl well beat expectations of builds of 700k and 800k respectively.  Pits reacted by selling off over four cents in each HO and RBOB.  With Crude showing a draw of 600k barrels while many expected a build of the same amount, you had to think how long the fall would last.  At the same time, the European Zone released figures that showed its GDP fell for the sixth straight quarter.  Soon talk of more FED stimulus took over the trade and the buy back gained momentum.  From what started out as a solid down day, turned on the expectation of what we think might happen, thus pushing the NYMEX higher by the closing bell.  At the close, Crude gain .09 to $94.30, HEAT added .0071 to $2.8801 and RBOB led the charge jumping .0294 to $2.8670, almost .10 higher than the intraday low.... Looks like some expect a busy driving season.

After last nights API data release that showed Crude suffering a massive 11.2 mbl draw, most were awaiting todays DOE numbers with one eye closed, hoping it was an aberration. For those watching the screens at precisely 10:30 this morning you saw Rbob spike 4 cents and HO jump 3. While not as horrific as an 11 million barrel draw, Crude still lost 6.5mbl according to the DOE. Gasolines fell 2.2mbl and distillates fell 974k. Still, far more than expectations. Other Bullish influences to the Market early were the Federal Reserve meetings that many had been betting on another round of stimulus. That gamble didn't pay off as a short time ago they announced that while the economic turn around has slowed, it doesn't warrant another round of stimulus... yet. The interesting note to the entire session is that Crude, at its peak today, was only up $1.50. In the last half hour of the trade, HO looked to be going negative as the air was let out of the balloon. RBOB inflated to much to peel off any of the gains and finished up .0599 to $2.8342, HO gained .0108 to 2.8588 and Crude added .85 to $88.91. Thursday sets up to be another exciting day with Jobless figures due out at 8:30.