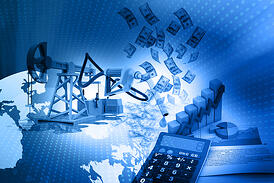 As we head towards the end of 2018, it looks like oil prices will finish the year out down about 20%. We saw wildly fluctuating energy markets throughout the year, but the fundamental factors of supply and global economic growth concerns kept the downward pressure on pricing over the long term.

Let's look back at what went on this year and what we are keeping an eye on going forward.

In 2018, the United States stepped to the forefront as the world’s largest producer of Crude oil, outpacing both Russia and Saudi Arabia.

Late in the year, Saudi Arabia and Russia, along with other OPEC and OPEC partner nations, agreed to production cuts starting in 2019, but Russia had a record production month in December, so time will tell if the unofficial deal bears out.

Worth remembering, is the US has no involvement in the supply curbing that is the so-called “OPEC+” deal. Historically, we have seen the Saudi’s reluctant to cut output long term for fear of losing market share.

This becomes even more relevant today than it was two years ago, as US output increases and the US becomes a net exporter for the first time in 70 years.

Essentially, the US has gone from an esoteric threat to market share to a very real one, and there is reason to believe that this may affect how the OPEC+ agreement is adhered to (or not) through 2019.

Another factor that can affect day to day swings on the NYMEX is the performance of the stock market. As we’re all aware through this year the market was hitting all new highs, then crashing, and generally bouncing around  (the analysts are writing off this weeks one day gains as a “suckers rally” – ouch!). Stocks obviously are impacted by both the at-large economy and the ramifications of political actions and their accompanying sentiments.

To put it politely, the US political arena right now is very... let's call it “exciting”, so it would probably be wise to anticipate an ongoing roller coaster with stocks – what we don’t know is how that could carry over on energy pricing in the long term.

The other ball in the air is the current Government shut down – prior shut downs were less than devastating in terms of any significant or lasting price impacts on energy – however, we wont know if that is the case with this one until it’s over. Right now there is know way of knowing how long the shutdown will last, obviously the longer it goes on, the more impact it has on federal employees, programs, and citizens. When it will end is anyone’s guess.

Lots to keep an eye on as we round into 2019. Have an awesome holiday, hope to see you all in the New Year! 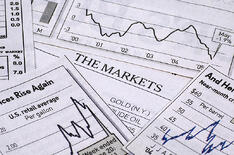 According to the experts, today's reversal is largely based on demand level optimism on refined products. The DOE indicated that distillate inventories dropped by 4.2 million barrels, a sharp contrast to the half a million barrel build analysts had predicted. Diesel demand is at levels not seen since early 2003.

Despite today's jump it's important to remember that prices are still very low overall - both Crudes (Brent & WTI) are down over 30% since the end of September. The strong indicators for refined product demand also don't do much to address the larger issue weighing on prices, namely, global supply levels and overall global economic concerns as they relate to demand.

The OPEC+ deal wont be in effect until the beginning of 2019, and current production levels are high. Saudi Arabia is anticipating lower global supply levels by the end of March, but their statement on the matter hasn't done much to slow the overall trend of plummeting prices.

Economically, the US is doing well but there are concerns that the Fed's response to strong economic growth - raising interest rates yet again may put a damper on growth pace going forward. This concern may or not be borne out, however, as recent rate increases have seemingly been absorbed without catastrophe. It may very well have short term impacts on both the NYMEX and financial markets, however.

The Fed is expected to make a rate hike announcement this afternoon, we will have to wait and see what those impacts are, and how much staying power they have.

Futures are crashing on the NYMEX today, with WTI down around 5% thus far on the day, around the $48/bbl mark, on track to potentially close out at a 15 month low. Refined products are tanking as well, at time of writing, ULSD is off .0472 & RBOB is down .0341

Once again, it appears the sell off is based on concerns of global oversupply, with the headline being that Russia is reportedly increasing output. The hike could put them at close to 11.5 million barrels per day, according to MarketWatch.

You may recall that earlier this month prices spiked on the announcement that Russia & OPEC nations were agreeing to cut production by a combined 1.2 million barrels (here's a refresher: OPEC+ Agreement Spikes NYMEX)

Apparently, Russia has changed its mind.

Along with the news about Russian production (unconfirmed news, for the record) the US has reportedly been upping shale production by more than what analysts had predicted, and globally, it looks like China is potentially poised for a slow down in demand growth, which is also weighing on prices.

The EIA inventory reports due out later this week may impact whether the decline backs off or continues. Platts is predicting inventory draws on Crude & Distillates, so if they are wrong, we can expect some more downward movement on the EIA release.... theoretically anyways.

We have all been in this far too long to get overly excited when the pits fall a few cents - like New England weather, wait and it will change.

The recent sell off was primarily pinned to the expectation of growing Crude supplies (released this week on Thursday due to the Holiday), a better than expected Jobs report, and the talk of unwinding the government bond buying program.  That all came to a halt this morning as renewed concerns of global strife, specifically Libya, filled the newswires.

Brent Crude surged early and brought the US markets along for the ride. Still, I have to give weight to some of the technical aspects, as HO has bounced higher again after touching the 2.85 level.  Recall, this has been the much talked about seasonal support level that has yet to be broken for more than a session.

Heat still remains comfortable trading in the wide range of 2.85 to 3.05, with small breakouts to either side.  One would expect RBOB to get more volatile as global demand expectations have recently been revised higher and the current values appear to be relatively inexpensive. 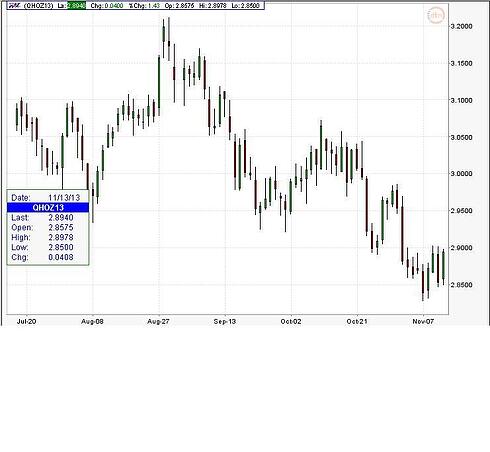 Apr 11, 2011 9:58:00 AM
Futures tumbled today after seeing double digit increases in the HEAT pit on Friday as fear of prolonged unrest overseas and the possibilty of a Governmental shut down loomed.  At the eleventh hour a deal was struck to keep the U.S. Government running with both sides claiming victory.  New reports this morning had Libya tension cooling as a proposed peace deal is on the table.  The problem is, the deal calls for Gadhafi to remain in power.  As one would expect, the deal has been accepted by the current regime but rejected by rebel forces.  It was somewhat relieving to see our first down day in the last nine sessions.  We are all looking for a healthy correction of the speculative buying that has pushed HEAT higher by almost 20 cents in the last 10 days.  With warm air finally making its way into the Northeast, we should see some length get pulled out of the HEAT pit.  At the Close, CRUDE fell $2.87 to $109.92, RBOB lost .0602 to $3.2005 and HEAT tumbled .0672 to $3.2525.  As we have said many times, one day does not make a trend, but it would be nice if this was the start.
Daily Heat Chart

Presidents Day is historically a quiet day as most participants are off for the long weekend, but today’s moves have bucked the historical trend.

Values have surged in electronic trading up over .08 cents on HEAT and over .06 cents on RBOB. Crude is currently trading at $91.42 up $5.22! On what do we owe this pleasure? Over the weekend continued political unrest came to a head in Libya as forces fired on crowds marching for the overthrow of the Gadhafi regime. Gadhafi, in recent years, appeared to be kowtowing to the West. As the movements seen in Egypt spread throughout the Mid East and into the OPEC member nation of Libya, many investors are playing it safe and have pushed HEAT back up to the $2.80 level. New reports have Gadhafi fleeing to Venezuela overnight, but have yet to be confirmed. The ultimate fear is not that Democracy will spread to the region, but that a regime worse than what is in place takes power and impedes production. This instability could not have come at a worse time for the Oil markets, already what most contend to be largely overbought trade. Libya exports about 1m bbls per day, certainly one of the smaller OPEC nations, and easily absorbed if the 1.6 billion barrels of strategic reserves were tapped, but significant none the less. Long term, this appears to be a good thing, we just need to live through the short term pains.

The early morning session had all the makings of another big down day as news spread that China may be scaling back some of their economic recovery plans. And fears...