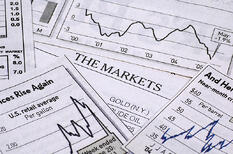 Markets shot up today after relative calm earlier in the week, on EIA inventory reporting this morning that showed a 4.9mmb drop in Crude, once again far surpassing analyst predictions.

This week's report marks the first time in 6 weeks that US Crude inventories have showed declines.

In terms of larger ongoing issues affecting markets, the OPEC meeting is still looming (this Thursday & Friday). Analysts expect that the OPEC+ agreement will both be extended and strengthened as a result of the upcoming meeting, and they expect deeper cuts going forward to be the main outcome of the meeting (rumor is cuts will be an additional 400K bpd).

However, there has been some drama recently with Saudi Arabia and other member nations over adherence to production caps.

Basically, Saudi Arabia has kept production well below their agreed upon level in order to offset the overproduction by non compliant producers (Iraq being chief offender - they over pumped by around a quarter million barrels per day). As a result of that, Saudi Arabia is essentially subsidizing and taking the financial hit for other countries over production in order to keep global pricing levels stable.

Understandably, they are a little tired of doing so and last week threatened to unilaterally boost their own production and send the whole pricing house of cards tumbling if other nations don't step up their compliance rates. Its likely an empty threat - even though they're taking a hit covering for the other nations, they also stand to lose the most (by a LONG shot) if prices were to crash now. The threat is meant to keep other producers in line, but who knows what will happen if they don't. We will have to see how the meetings go at the end of this week.