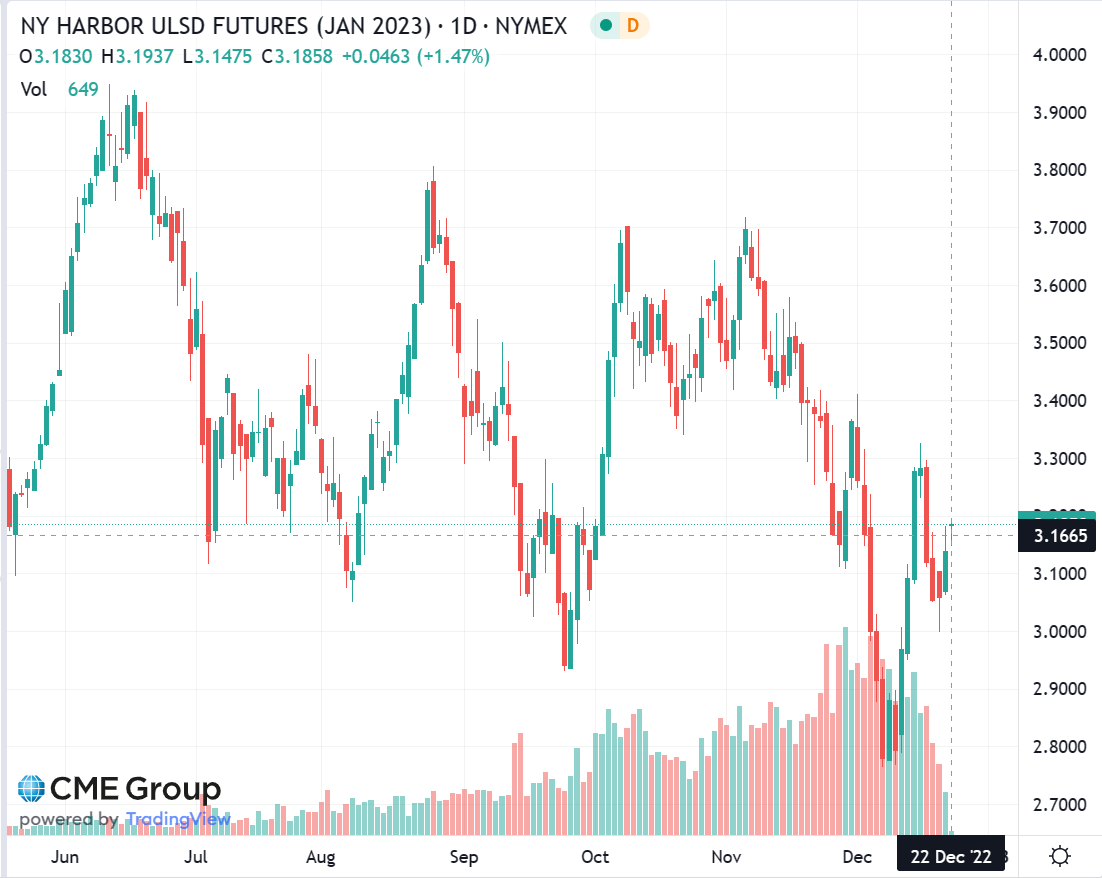 Future pricing action continues to be as wild as a Patriots game ending, with the average swing intraday running over $.12 from high to low.  Yesterday’s bump higher in diesel was somewhat expected on the heels of three strong down days and a fair amount of market moving news on tap.

First, it appears the damaged section of the Keystone Pipeline is fixed and testing runs are scheduled to take place in the next day or so, but full operation is still weeks out.  This is good news for Cushing to start to rebuild lost input in the last week.

Secondly, a high profile visit to the White House and Congress by Ukrainian President Zelenskyy all but assured continued US backing of the non-NATO country in its efforts to stave off continued Russian advances.  Hard to interpret, as some have the sense now Ukraine can actually prevail in this, while others are viewing this as a very tight rope to walk supplying billions in aid and defense weapons, somewhat cornering Putin.

Thirdly, Inventories showed a steep drop in crude of 5.9mbl (expected as we said last week the pipeline shutdown would show this week).  Gasoline showed a modest build of 2.5mbl but Diesel dipped for the first time in five weeks with a slight draw of just 300,000 bls.  The key driver yesterday appears to be that distillate demand is still healthy showing a 6.6% increase over last week.  Much of it appears to be attributed to the expected extreme cold taking hold of the middle part of the country and power plants stock up on alternate fuels.  Locally in the Northeast, supplies are getting better but still seeing a lot of just in time ship arrivals and kerosene pricing has eased but still at much higher values than previous years.  Hauling capacity looks to be the next hurdle facing region and should the extreme cold linger, it might get rough for some.  That strong supplier relationship we talk about will get you through the next several weeks.

From all of us at Dennis K. Burke, Inc.  we wish you a very happy, healthy and safe Holiday season! 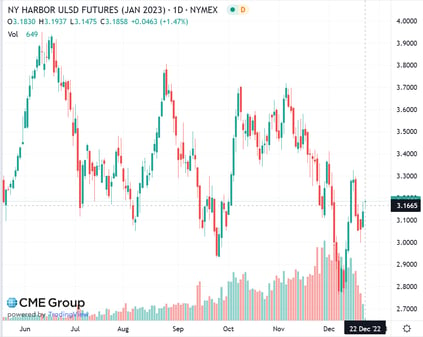 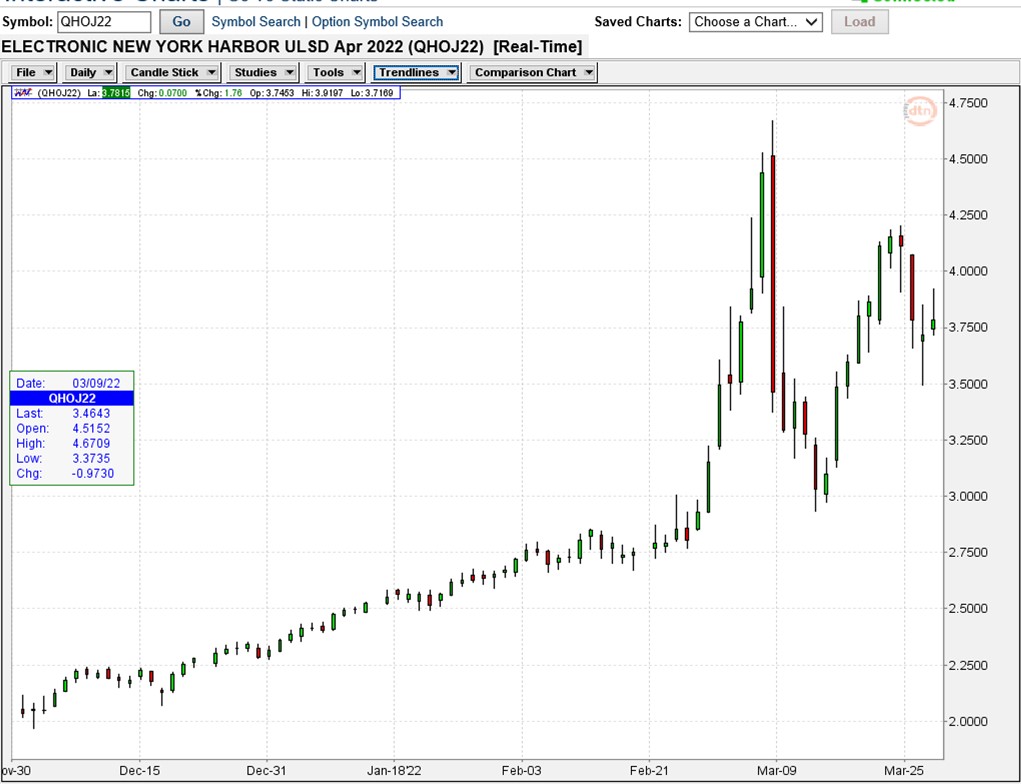 The last three sessions have seen .4373 get peeled off the ULSD front month contract, with massive intraday swings.  Yesterday at the open, APR22 ULSD fell almost .25...