NYMEX Ends the Week on a Calm Note 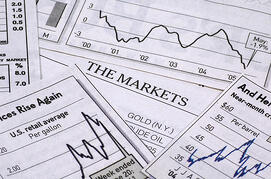 Yesterday was another story - markets shot up and we saw Brent Crude hit & settle at $50 for the first time since March. Most upward trajectory in the markets lately has been Vaccine news related, as we've discussed previously. This past week, FDA emergency approvals for the Pfizer vaccine continued the optimism and pushed pricing up.

Another factor appears to be demand growth globally as compared to last month. Bloomberg is reporting an uptick in road fuel usage in both Europe & Latin America as compared to November, although use is still down a staggering 30% from pre pandemic levels, according to their reports. (Great article - you can read it here: Global Oil Demand is Rebounding Again )

While there is some optimism then with regard to Europe & Latin America in terms of demand growth, the continuing surge of COVID cases in the United States is still a sort of cartoon anvil hanging over the market.

Massachusetts this week rolled back their reopening to a prior phase, California is enacting extremely strict lockdowns for affected zones, and other States are following suit with their own lockdown protocols. Optimism in Europe may be overstated as well, as Germany announced today they were heading into another national lock down.

Beyond COVID, the counterweight to some demand growth is the new OPEC+ production agreement, under which they will increase production by 500K barrels per day. While not a devastating increase, it's worth remembering that the prior cut in May by 9.7 million barrels per day was revised to only drop 7.7 million 4 months later. So, we shall see if this production increase remains modest, or gets revised upward.

END_OF_DOCUMENT_TOKEN_TO_BE_REPLACED

API projections were that Crude would show builds of 3.1mmb - of note on this is API was an outlier of sorts, Platts forecasted draws of 400K barrels ahead of the official reporting.

Internationally, IEA Forecasts for global oil demand growth remained at 1.6m bpd, so flat demand growth amid the continued oversupply that doesnt seem to have much of an end in sight, long term picture wise.

Anyhow, the official EIA report showed a draw down in Crude of 2.8mmb for the week ending 10/6. Gasoline was up 2.5mmb and distillates were down 1.5mmb. Gasoline had been projected to be down 1.4mmb, so the drop off we saw on gasoline today makes sense given the actuals.

Side note - the EIA Report showed builds in Nat Gas of 87 billion cubic feet, right in line with Platts projections. The market was essentially unchanged on the builds, presumably because it makes sense there would be a temporary bump in inventories given temperatures havent dropped off, so demand should be low.Usually in New England we are well into the battle to keep the heat off til November 1 by now - this year not so much. I still have my air conditioner in the window.

Gulf Refineries are back online and at capacity after temporary shut downs for Hurricane Nate, which probably is a factor in pushing pricing down as well in the face of flat demand.

In addition to the U.S. being back fully functional, EIA forecasts put U.S. domestic crude production at 9.9mmb per day for 2018 which would be the highest on average in U.S. history. Continued domestic production is seen as being a factor that will offset moves by OPEC or other nations to push a pricing rally. Theoretically, a rally cannot be sustained long term globally if the U.S. keeps production levels rising. We'll have to wait and see on that.

Thats all for today!

END_OF_DOCUMENT_TOKEN_TO_BE_REPLACED

This week the NYMEX has ticked up steadily on all products, holding firm since OPEC announced they had a tentative agreement in Algiers, despite said agreement not being formalized in any way.

Despite OPEC chatter and EIA draws, its entirely possible we have already seen an outsized pricing build up on commodities, given that the global demand picture is not an overly rosy one, and supply is not in any way guaranteed to either stabilize or drop anytime in the near future - with or without an OPEC agreement.

Today (and probably tommorow) whats trending in the news is Hurricane Matthew, which is roaring up the East Coast of Florida currently as a category 4 storm, and would be the strongest hurricane to make landfall in the US in about a decade if it should touch down at its current intensity.

We're hearing reports of local gas outages in the Southeast, as residents flee the coastal areas on the advice of Florida governmer Rick Scott and President Obama. However, given that as its currently tracking, Hurricane Matthew is East Coast centered, versus hitting the Gulf, national or regional supply outages are not anticipated. Obviously all of that could change essentially instantaneously however, and we will let you know what we do, as soon as we do, if there are new relevant developments.

END_OF_DOCUMENT_TOKEN_TO_BE_REPLACED

Crude closed out at $51.23 this afternoon, the highest it’s been since July 2015, up from yesterday and holding firm over the $50 benchmark.

Today’s climb can be pinned on the EIA’s inventory report, which again showed draws in Crude but also on supply disruptions from ongoing rebellion in Nigeria.

In Nigeria, the Delta Avenger group has continued militant action by not simply rejecting proposed settlement talks with the Nigerian government, but blowing up a refinery. The group has brought Nigeria’s oil production and export to 20 year lows according to CNBC – something the struggling and vastly oil-export-dependent country can ill afford, especially given the global price slide of the past two years.

Interestingly, despite the stockpile draws in today’s EIA report, it appears that US domestic Crude production actually edged up by 10,000bpd – this contrasts rather sharply with the beginning of the month where we saw US production languishing at its lowest levels since 2014.

Distillates and gasoline both built this past week, despite projected draws. They closed up alongside Crude – both edging over 2 cents – gas at .0327 and diesel up .0290. Gasoline’s build was a shocker considering “driving season” is officially in gear, but none the less today’s market moves did not reflect the builds… yet.

Last week, the May jobs report roiled markets temporarily after it came in abysmally low – the lowest since 2010. However, things settled out relatively quickly since the report all but guaranteed a rate hike would not be pushed through by the Fed yet, which was good news for Wall Street and also resulted in the 5 year low on the dollar we saw, as built in anticipation of a hike was shed.

The fact is with range bound jumps on inventory, economic data, world events, we may be seeing evidence that the market is hitting a point of stability. How long that lasts is anyone’s guess however. As they say “the trend is your friend” and we’ve been trending upward – but it’s important to remember the big picture and outstanding potential factors. For example, last month’s OPEC meeting in Vienna did literally ZERO in terms of addressing the supply glut. We also still have an Iran hell bent on juicing exports to the max. However, we also have a Venezuela on the verge of collapse, refinery sabotage in Nigeria, and a Chinese economy that may be covertly cooling down a lot quicker than they’ll admit.