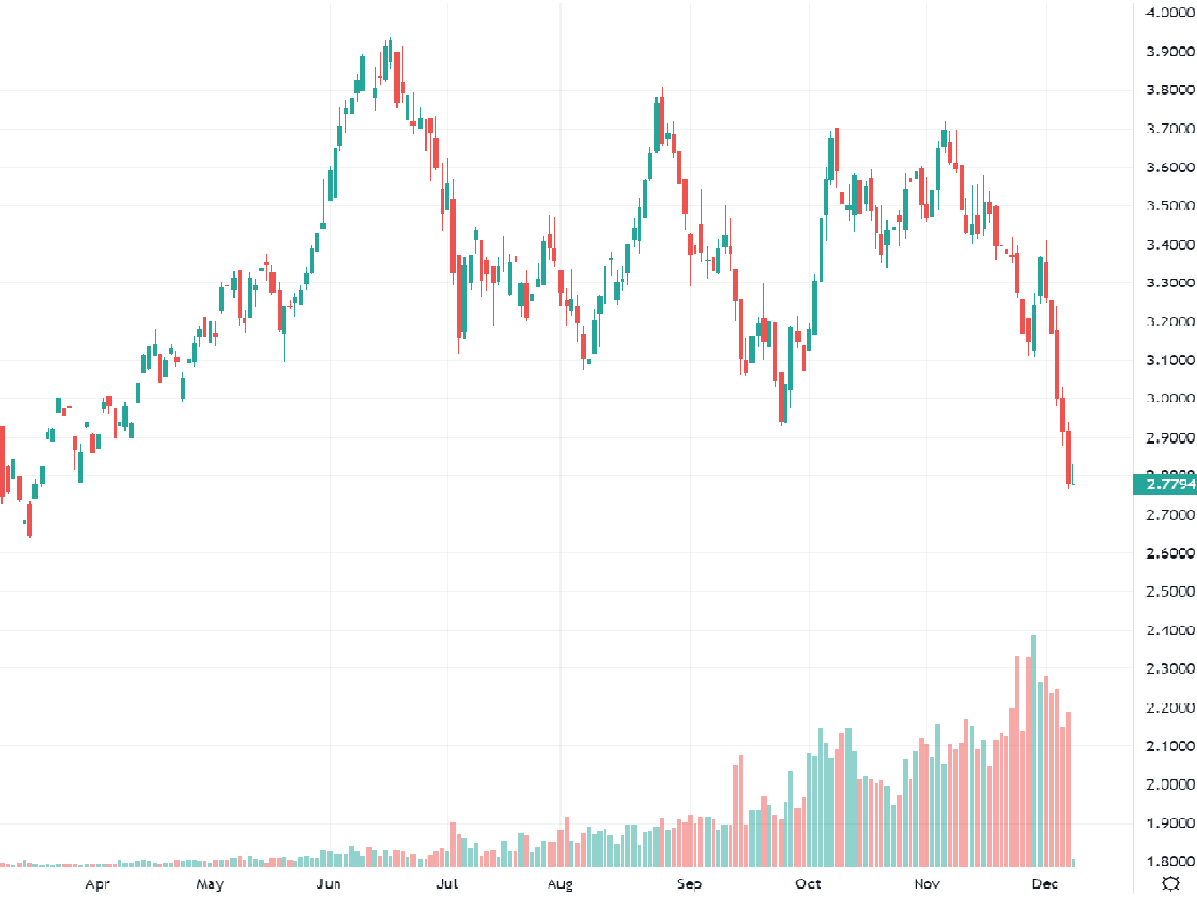 A few weeks ago we hoped to see ULSD trading $.50 lower, as the cash market was tumbling at warp speed.  And would you look at that, here we are! Much of those losses have come from the last 5 sessions alone. (see chart below).

At the same time we have seen the market backwardation almost get erased.  Suppliers should be more willing to put product in tank versus working hand to mouth.  The JAN to FEB spread is now a mere $.01, it wasn’t long ago that is was over $1.00, and the summer months are all but flat.  So, cash prices have corrected, Futures prices have collapsed (again) and the backwardation is going away!  Great News!…. Let’s not break a piñata just yet.

Inventories reported large distillate and gasoline builds, both in the range of 6mbls with exports of finished product dropping as well.  Again, what we said needed to happen.  The JAN screen is about $.17 higher than pre Ukraine invasion, and about $.70 higher than a year ago.  The key is that it appears that demand is starting to slow, be it from rate hikes (intended to slow inflation) or higher costs all around, most point out that next year will be soft in terms of demand and spending in general. The goal now is to normalize and hopefully not get too deep into a recession that could take years to recover.

OPEC is staying the course on production levels, China COVID fears are also hitting demand on a world level. The Russian Oil cap of $60 per barrel is still playing out.  Going into effect on the 5th, the G7 measure aims to limit that what Russia can profit from their crude and subsequently curtail the money needed to sustain a Ukrainian takeover.  However, non G7 nations such as China and India are already taking additional vessels of Russian product, so the net result remains to be seen.  Point being is that there is a fair amount of fundamental variables out there that will continue to weigh heavy on the pricing of product.

Kerosene is still very scarce across the region and cash values are still almost $3 higher than diesel thus prices will remain higher in comparison for much of the winter.   Buy the rumor, sell the fact is the old saying. I don’t see that going away anytime soon, we just may be at a new normal when it comes to pricing, thankfully much less than we have seen in the last few months. 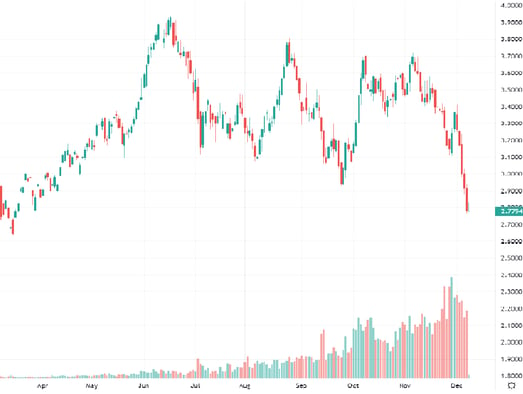 We are ending out a mixed week on the NYMEX today, to put it mildly. Monday & Tuesday were both substantial down days with the market shedding over 4...