Estimates had Crude falling 1.5mbl with the gasolines flat and distillates building by 1.0mbl. The early losses had pits down over 2 cents but as of 10:30 that changed with another massive draw in Crude stocks. For the second week in a row, Crude fell by 5mbls, Gasolines built by 1.6mbl and Distillates built by a whopping 2.9mbls. While the products set a bearish tone, the huge draw in Crude has some believing that we may be at the beginning of a run up due to increase demand and the recent round of positive earning numbers. Without the draw of Crude, we should have seen yesterdays increases get peeled off, thus the numbers kept the losses in check most of the day, even turning positive for some of the afternoon. As we have seen, the range of 1.90 to 2.10 on HEAT appears to remain intact. 1.90 levels still hold as buy in and sentiment looks to be cautiously bearish. With current freight indexes down slightly on a month to month basis, demand, from a street perspective is still marginal at best. At the end of the day, Crude actually fell 11 to $77.04, RBOB lost .0156 to $2.0665 and HEAT lost .0113 to $2.0361.

Much of the morning session saw values bounce around from positive to negative as pre DOE posturing held court.  Also holding weight was the curiosity factor of what...
Mark Pszeniczny
Read More 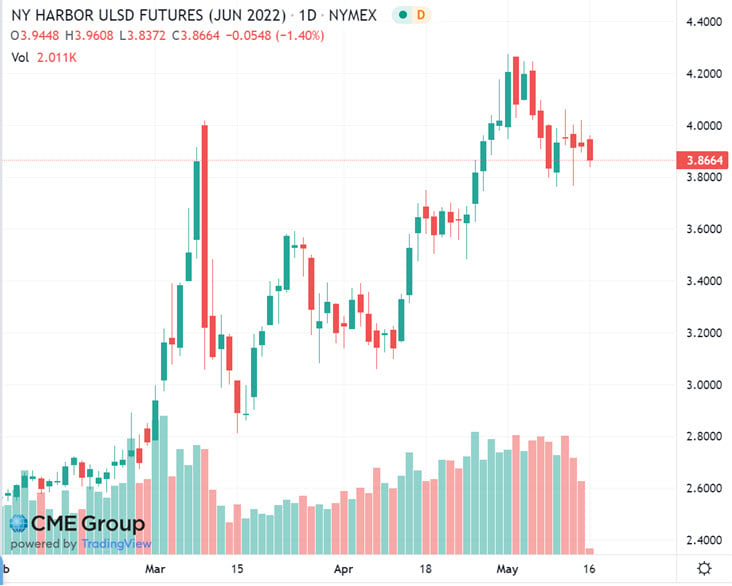 There is a fair amount of news on the lack of diesel available in the northeast, and it is actually true. Last week’s DOE report showed that PADD 1 (East Coast) had...