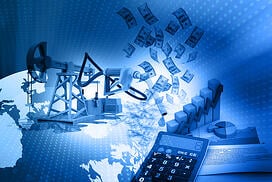 Oil prices are continuing to slide back down some after multiyear highs last week. (At time of writing at 10 this morning, both refined products are trending down)

All of the issues with energy supply and labor shortages are still in play (obviously) so what’s going on?

The other side of the coin – demand, is once again raising concerns and tempering some of the bullishness on the markets.

The US reported lower industrial output for September, which is dampening enthusiasm over economic rebound and rising demand in the industrial sector. A large factor in play in the lower U.S. numbers is the continuing (worsening?) global semiconductor shortage. The lack of availability is severely hampering production and availability of motor vehicles and slowing progress on large scale tech projects.

Additionally, China’s data did not do much to allay demand fears, third quarter economic growth hit a low for the year, as did daily Crude processing levels. China’s lackluster reports are largely due to supply bottlenecks and shortages like the US data is.

As mentioned however, seasonal supply concerns for the upcoming winter, labor shortages (particularly in the trucking industry), generally positive economic rebound, OPEC cuts, and an uncertain trajectory for COVID-19 cases as we enter the flu season are still all factors very much in play in the markets, all of which we would normally expect to push prices higher.

So the ongoing question becomes which way the pendulum will swing between the supply issues and the demand requirements. Supply (at the moment) is what it is, the major variable is whether demand moves up and forces supply crunch related price hikes, or if the labor situation and slowing economic growth drop the demand enough overall to drop prices in the longer term.

All that being said – make hay while the sun shines as they say. Not a bad time to lock a prompt in case tomorrow flips the screens positive again.

Lots of interconnected events in Energy News this past week or so – we’ll run through and touch on some of the major items and attempt to keep it (relatively) brief.

US Crude Oil prices hit $80 Monday for the first time in 7 years, largely on the basis of surging demand and simultaneous supply issues for power & gas globally, particularly in China, India and Europe.

Last week we saw Natural Gas hit historic highs of $185 per mwh on the supply crunch, although prices have backed off highs this week upon the announcement from Russia’s Vladimir Putin that Gazprom would increase output to Europe to help ease their supply woes.

Speaking of Putin, he went on record Wednesday that he believes Oil could reach the $100/bbl mark (again). OPEC+ (which includes Russia) has been resistant to calls to up their production increases, choosing instead to stick with the previously agreed upon increases.

The Biden Administration has reportedly been relaying their concerns about rising energy costs to unnamed OPEC+ senior officials, and more publicly has called on oil producing nations to “do more” to up supply in order to ease price increases and global supply issues. So far they have not been successful, largely because longer term economic and demand growth numbers don’t look exceptionally promising, so OPEC+ member nations are unwilling to jump up supply to ease pricing when the longer term demand required to keep pricing reasonably benchmarked does not appear to be there.

Additionally, Reuters is reporting  this afternoon that the White House has been speaking with domestic producers about helping to bring down costs. It’s unclear exactly what they are hoping for on that front, or what may have been discussed specifically.

Gasoline in the US is at a 7 year high (averaging $3.29) and the EIA Short Term Energy Outlook reporting this morning indicated that consumers can also expect to pay substantially more for energy this winter

(you can read that report here: https://www.eia.gov/outlooks/steo/report/WinterFuels.php)

Domestic output has not rebounded to pre pandemic levels, and is well off from 2019 highs. In addition, the surge in natural gas pricing means dual fueled power generation systems are likely to be looking at diesel to offset some of the cost this winter. This is what helped dampen prices on Crude & Diesel today somewhat – Crude demand will exceed earlier expectations if power generation does in fact move toward a more diesel heavy mix than we see in a typical winter…. Theoretically.

One of the factors we will need to see play out however, is that increased diesel demand is all well and good, but the ongoing (and apparently worsening) labor issues in the United States may complicate that option. The driver shortage is impacting delivery times and logistics across the country, nowhere is that more clear than the ports. The Biden Administration just announced the Port in Los Angeles will run 24/7 in order to attempt to catch up with backlogged demand and offload stranded container ships. The problem however, is these are backlogged in the first place because of labor & driver shortages, so it isn’t clear how effectively 24 hour runs will solve the backlog. The news is warning of transportation issues already ahead of the holiday shopping season rush, so the lingering question becomes how well will transportation companies and fleets be able to pivot and meet demands with the pressure of labor shortages on their backs, if in fact they continue.

At the end of the day, lots of news directly or indirectly impacting the energy markets the last few weeks, most of it less than optimistic. However, its worth remembering that we’ve seen supply crunches, or demand outlook changes, or OPEC pivots, or US Presidents’ remarks rile up the markets and send the news analysts into a tailspin, only to resolve themselves in the short term a million times. As always, it ain’t over til it’s over, and we will have to see the longer-term implications of the multiple competing factors currently at play. 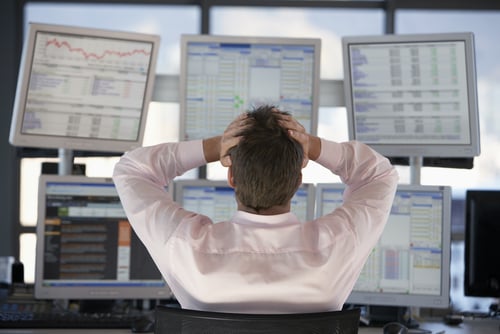