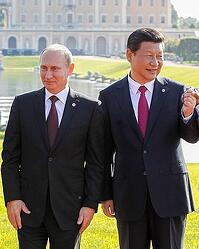 This week the market once again bounced around on conflicting data - likely to do with inventory numbers versus economic growth (actually a lack thereof), demand projections, Ukranian violence, and a whopper of a Nat Gas deal between Russia and China.  So much for a nice quiet 4 day week, hmm?

Internationally, Ukraine saw an explosion of fighting and casulties above and beyond what we have seen thus far in the wake of the Presidential election (which went to Petro Poroshenko, former foreign minister). Poroshenko reportedly stated he would deal with the rebel forces in "hours not months" and vowed Ukraine would refuse to aknowlege Russia's annexation of Crimea. Thursday the 29th saw helicopters shot down, killing 12 Ukrainian soldiers, and over 100 people killed in a second airport assault. Like we've talked about, bad news for Ukraine is bad news for Brent generally, and Thursday was no exception, it shot up over 35 cents on the ICE - but dropped back down today - it looks like it will settle the month out up 1.3% but down around 1% for this week.

Russia and China signed a $400 Billion (with a B!) 30 year gas supply contract this past week as well. The Moscow newspapers claim the deal is not just about Ukraine (although they admit its a tipping point). Merryl Lynch's analysis is that the deal is a good move politically, but may not be the best business deal going. With the EU market shakier for Russia's Gazprom over Ukraine, and the EU also looking into alternate supply options/relaxing regulations, it may well prove to be a good deal in the long run business wise as well, though. The deal was also somewhat inevitable, given the Chinese demand levels and proximity. It also takes the wind out of Canada's LNG-exportation-to-Asia sails to some degree, or at least gets Russia ten steps ahead in the Asian markets. An unintended consquence for the EU though is that now they are under pressure to actually diversify supply, not just threaten to. Be careful what you wish for, right?

On our side of the pond, the news was more peaceful but not much more positive. The Bureau of Economic Analysis released its revised data on the US GDP for the first quarter of 2014. If you recall from our discussion last week, most people were not thrilled to hear the original number of GDP growth at 0.1% for Q1 - and now, the revised numbers actually show US GDP at -1.0%. Personal income and personal spending levels both barely increased at all (0.3 and 0.2%, respectively; and home sales fell 60% short of estimates. On the other hand, both the S&P 500 and the Nasdaq 100 hit all time highs. Go figure.

US Crude inventories were up again - but down again at Cushing, which should have supported (in theory) the current WTI pricing. Thursday saw prices up on the inventory news as traders zeroed in on Cushing levels, versus the overall supply increase. Distillate stocks were down and Gasoline supplies fell by 1.8 million barrels, despite expectations that we would see builds in the 200K barrel increase. This pushed gasoline up during trading yesterday, specifically on July trading, although at the close it crept down to only a 77 point gain. ULSD ended up closing down over a penny (-.0116), and both RBOB and ULSD are down today on demand expectations based on the horrendous GDP revised numbers published this week (more on that later). This number has an across the board impact because the US is the number one consumer of petroleum products, and a slow economy indicates lower demand and therefore lower prices.

Essentially, it appears that because there are so many different factors at play domestically and abroad, they're sort of cancelling each other out (at least most days) and keeping pricing within the range we've been seeing for a while now. This will probably continue until either the US economy rebounds, the Ukrainian crisis abates, or some other wrench gets thrown into the mix. Stay tuned!