BREAKING - Iran's Republican Guard has reportedly captured 2 oil Tankers in the Strait of Hormuz this afternoon, one tanker being British and the other Liberian flagged.

News broke of the first  around 1:30pm EST, the second being just announced 3:15pm EST.

So far the market is up but not sharply, but it's unclear that the impact of news of a second vessel has hit yet. The obvious fear with multiple seizures is that Iran plans to deliver on the perpetual threat of closing the Strait of Hormuz, although it is obviously entirely too soon to make any such prediction.

CNN is live updating on the unfolding situation, you can follow those updates here:  CNN - Iran Seizes Tankers in Strait of Hormuz

Markets Spike on Vessel Attacks near Strait of Hormuz

So much for no major events on the horizon.. After yesterday's drop, where Crude closed out at a 5 month low, this morning the NYMEX was up sharply across the board on... 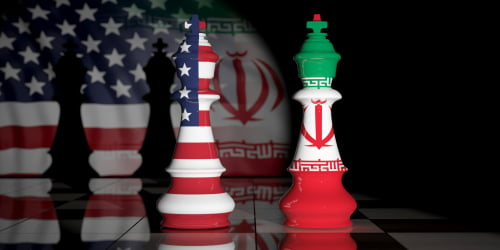 2020 Starts with Surging on Iran Strikes

Today, the market surged up to 4% on intraday highs as the Pentagon confirmed that US Airstrikes in Bahgdad killed Iran's top commander, Qasem Soleimani. Soleimani was...