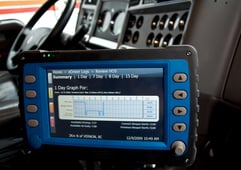 The FMCSA has just closed the commenting for changes they are considering in Hours of Service rules, particularly concerning breaks. The commentary period was meant to solicit opinions from drivers and transportation industry folks to see what those that the rules would affect in real life thought about the proposed changes.

Below is a quick breakdown of some current HOS rules and how they could change under this proposal:

All of the above are meant to address some rigidity in the HOS rules as they are currently, where often road conditions, accidents, construction, or simply the timing of traffic adds up to essentially non-productive time for drivers and potentially causes people to push through versus taking breaks as needed.

Having some flexibility in taking the 30 minute break, for example, could mean that instead of sitting in gridlock at 7am behind a major accident, you could pause 60 minutes then jump back on the road at 8am, when it cleared, without losing the hour on the other end - and without sitting at a standstill in traffic. (The fuel savings, and decreased aggravation of that option alone makes it seem appealing).

The idea with flexibility is to improve the efficiency and the experience for drivers, and allow them to make safety conscious decisions about when and how long they need to be taking breaks, without being too boxed in by HOS hard lines to get their work done. The goal being balance, where there is still rest and ample breaks, but the on-hours remain flexible enough to allow people to actually TAKE the breaks without worrying about scrambling to catch the time or distance up to hit deadlines.