After a strong start to the month of July post Brexit, markets settled down again today after closing out August's futures yesterday.

Today's close saw Crude touching the $40/bbl mark at $40.06/bbl, this coming just a few weeks after it appeared we had essentially rebalanced and analysts were looking at Crude staying range bound $45-$50 bbl. Now we are, according to some analysts, looking at a $38 target.

The last week of July delivered a few knocks courtesy of Reuters who reported on 7/29 that OPEC had produced 100,000 additional barrels per day in July, the increases coming from Iraq and Nigeria. If you recall, Nigeria has been dealing with militia attacks on its oil refineries and recently hit 20-year lows on levels of export.

Incidentally, those Nigerian refinery attacks had pushed Crude to over $50 ($51.23 to be exact) in June, its highest since July 2015 - and now we are seeing Crude start to slide back to April lows after July 2016 saw a drop of over 15%. To put that in perspective, we are still up almost 50% from the low for this year in February but it does appear that once again the bears are in sell mode due to perceived oversupply.

(And keep in mind that "oversupply" is with a Nigeria that has not fully recovered capacity, and with domestic turmoil in Venezuela and Libya limiting their production as well. Essentially - the glut could get a lot worse, very quickly, depending on how the domestic situations play out in those 3 OPEC countries.)

This summer saw seasonal gasoline stockpiles hit 25 year highs, which according to reports, caused refiners to begin blending winter grade gasoline early. Ironically, refiners made a similar decision in the face of lower winter demand and began blending summer gas early this year, and that is probably partially to blame for high inventories that plagued pricing this summer season. Also of note is that due to these inventory levels, forward market pricing for gasoline was not showing the usual slide that precedes the switch to winter blend gasoline (often of around 20 cents or thereabouts) we normally see starting to develop right around the end of July.

At the end of the day, despite production disruptions in Canada and Nigeria, anticipated economic fallout from Brexit, more terrorist attacks, and dropping domestic production - supplies have gone from what looked like a rebalancing to oversupply once again. This has kicked the NYMEX back to the bearish side, which still sort of amazing when you think about how sharply a single one of the events just mentioned could have spiked the market prior to the US shale boom. 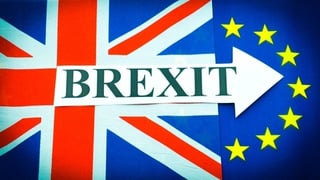 Yesterday traders across the globe were all but certain that Britain would never vote to leave the EU. As a result we saw confidence in the markets, including oil.

100% of those traders were apparently incorrect.

Today we saw Japan shut down trading, the pound lose over 15%, oil markets tumble and Wall Street get hammered. The Dow closed down 600 points today, the worst day since 2011 - all of this in the wake of Britain indeed voting to leave the European Union.

Many analysts think that oil prices will rebalance and stabilize given the UK is essentially irrelevant to global oil demand, and therefore pricing.

Others caution however that this move by Britain may signal rough waters ahead for the European Union and its economic growth - and therefore oil demand, which could increase supply versus demand.

With the British pound's slip comes a necessarily strengthening dollar, which would argue aginst a precipitous slide in oil prices, given the backdrop that production and demand issues aren't, at least in the near term, greatly impacted by the Brexit vote. (Backdrop being U.S. Rig counts are still by and large declining with the exception of a few pop ups, the new Saudi Oil minister is still seen by many as a step forward in market stability, etc etc...). However, its also likely the dollar is extra overpriced today simply because of its strength relative to the pound, which ought to also rebalance - at least in theory.

After one hell of a suprise Friday - Next week should be an interesting one on the markets, to say the least.

Enjoy the weekend, everyone. If you need us, give us a shout.