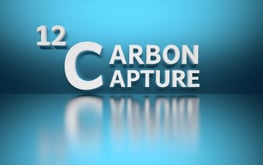 The ongoing quest to lower carbon emissions has shown some promising progress with the processes of capture & store, direct air capture of carbon, and the development of SynFuels that use captured CO2 to create fuel**

Shell's Quest Carbon Capture & Store project in Edmonton has reached the milestone of over four million tons of carbon captured & stored, or the equivalent of the annual combined emissions of a million cars. Quest captures about a third of the carbon generated by the Scotsgard Upgrader on site - the Upgrader itself turns oil sands bitumen into synthetic crude oil that is in turn refined into other fuel products. Pretty awesome setup, actually. (You can read more about this project and Shell's projects in carbon capturing globally here: Carbon Capture & Storage Projects )

The Direct Air Capture model is also showing some success, with Climeworks leading the charge with the first commercial DAC facility being opened in 2017. Climeworks’ DAC technology is based on a capture-regeneration process using a filter made of porous granulates modified with amines. Fans are used to draw in atmospheric CO2 that chemically bonds to the filter’s surface. Once saturated, the filter is then heated to around 100°C, releasing high-purity gaseous CO2. The filters can operate for several thousand cycles before needing to be replaced. In addition, the devices are powered by waste stock energy as well, which is awesome. (For more about what they are doing and how the technology works, check here: Climeworks )

I also wrote an article for Oil & Energy Magazine this month going into some more detail on the subject of carbon capture and the potential market for carbon in the future. You can read that article here:  Carbon Capture: Store It & Sell It

**(it's important to note that SynFuels do not lower atmospheric carbon but are a net-zero carbon potential alternative to both conventional fuels and biofuels that can impact the environment on an agricultural side via the use of fertile land, etc)