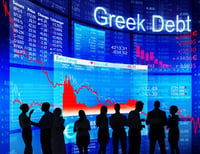 END_OF_DOCUMENT_TOKEN_TO_BE_REPLACED

After starting the early morning in the red, Markets made an about face mid morning as new economic news hit the wires. The Jobs report showed an additional 165,000 jobs were added last month, above the 148k expected. That pushed unemployment down to roughly 7.5%, additionally the magic pencil revised March and February numbers up by a combined 60k jobs. While these are encouraging numbers for the US workforce, most agree that the World market may not be as optimistic. A well supplied market and growing concern over an already fragile European Zone, which today cut forward growth rates, has limited the upside to the NYMEX over the last several sessions. Additionally, China is expected to report sluggish manufacturing rates next week. As the day went on, distillate markets cooled off while gasoline still stayed strong. Look for next week to be much of the same as positions look to be solidified as we move towards the summer driving hype. At the close, Crude added $1.62 to $95.61, HEAT gained .0289 $2.8844, and RBOB jumped .0448 to $2.8254

END_OF_DOCUMENT_TOKEN_TO_BE_REPLACED

For many of us who log in to check the market on Sunday evenings at PM, it is often times like Christmas morning to see what the surprise will be. Last night we got a lump of coal to see Commodity futures skyrocketing on news of a Spanish banks receiving a $120 billion dollar bailout. Heating Oil was as high as +.07 at one point. The infusion of cash looks to signal that the Euro will be around for a while longer. As the sun rose, the speculative gains were peeled away and the wheels fell off the cart with about an hour left in the session. Crude finished less $1.40 to close at $82.70, RBOB slipped .0286 to $2.6566 and HEAT fell .0364 to $3.6357, a whopping .11 cents lower than Sunday evening. It appeared that the bullish appointments on the calendar just could not keep the rally going. Next week, Greece has elections, Iran is set to meet with a group of five Nations on its nuclear program with Israel going increasingly impatient and the scheduled FOMC meeting. Many have commented on the limit to the downside in the pits after retracing some 60 cents in the last 50 days. With Europe still not out of the woods, the trend is your friend.